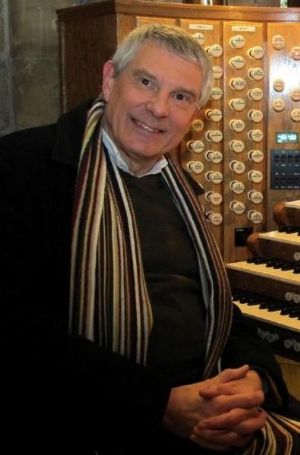 The opening recital on the Skrabl organ in Holy Rood Church, Barnsley, was given today by Michael Overbury.

His beautifully played programme, which ranged from early English music via Bach and Handel to Howells, Messiaen and Sousa, was warmly welcomed by a sizeable audience in this lovely, resonant church.

It also skilfully demonstrated the resources and versatility of this two-manual instrument. Perhaps its most notable aspect is the clarity of the sound, not least from the Diapason chorus which is topped by a mixture that shines but never overwhelms.

Underpinning the tutti is a 16' pedal reed which manages to be potent yet polite.

Mr Overbury, who describes the organ as 'a magnificent new instrument', was an organ scholar at Corpus Christi College, Cambridge, where he read music and studied with Gillian Weir.

Following graduation, he was an assisting organ scholar at King's College, Cambridge, Assistant Organist at New College, Oxford, a deputy organist and choir master at the Cathedral and Abbey Church at St Alban's, Director of Music at Eagle House Preparatory School for Boys, and Master of the Song School at Newark, Nottinghamshire.

After winning First Prize in the 1982 Manchester International Organ Competition, he appeared twice as soloist at the Royal Festival Hall, and has continued to play with numerous choirs and orchestras.