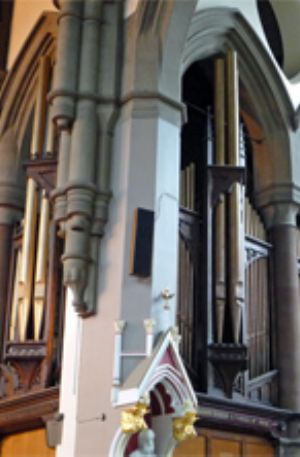 An organ restored by Skrabl featured in a live BBC TV broadcast of Mass for Christmas Day from St Joseph's Church, Bradford.

The two-manual, 19th century instrument by Hopkins & Son of York underwent a comprehensive restoration in 2012.

The service was on BBC1 and the organ was played by David Pipe, Director of the Diocese of Leeds Organ School and Organist of Leeds Cathedral.