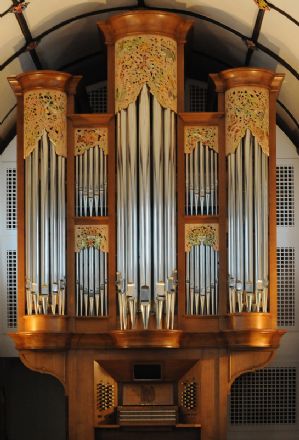 Celebrations are being arranged to mark the 10th anniversary of the Skrabl organ in St Michael’s Church, Lyme Regis, Dorset.

Two events – on Saturday, and Sunday, February 15 and 16 – will be hosted by the church and the South Wessex Organ Society.

On Saturday at 7.30pm, a concert featuring the Lyme Bay Chorale will include Laudes Organi by Kodaly, the Organ Sonata no 1 in F minor by Mendelssohn and several songs by Max Reger.

The conductor will be Peter Lea-Cox and the organ will be played by Alex Davies.

On Sunday at 11am, music at the Eucharist will be sung by an invited choir. It will include excerpts from David Thorne's Mass of St Thomas and Vierne's Messe Solenelle, plus Stanford’s Te Deum in B flat.

The choir will be directed by Matt Kingston and Alex Davies will be the organist.

It will take place from Monday, February 17 to Wednesday the 19th. The theme is German Romantic music from Mendelssohn to Karg-Elert.

Details and an application form may be found on the society's website.