Installation starts on the largest organ Skrabl has built 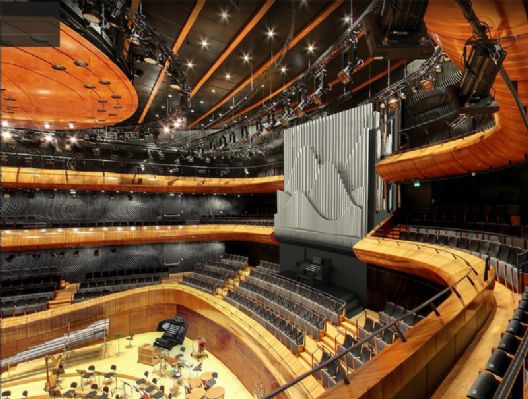 Work has started on installing the largest organ Skrabl has built. It is in the Polish National Radio Symphony Orchestra hall in Katowice.

The bulk of the installation will be completed in September and the 105-stop organ will be fully working next year. However the inaugural concert will not take place until January 2023.

Since the NOSPR’s new hall was opened in 2014, guests have been admiring the towering rows of gleaming pipes above the concert platform – though these were part of a model.

Ewa Bogusz-Moore, director of the NOSPR, says: ‘Until the invention of the telephone exchange, towards the end of the nineteenth century, the organ was regarded as the most complex mechanism constructed by man.

'So it is hardly surprising that its production has taken several years. Now at last we are commencing the installation of this magnificent instrument, which will crown our concert hall’s global potential’.

The NOSPR organ is built in the French symphonic style to a concept by the organist and organ-builder Prof. Julian Gembalski, a former vice-chancellor of the Karol Szymanowski Academy of Music in Katowice and consultant to the project.

Anton Škrabl says: ‘The NOSPR organ is an exceptional instrument. Such designs occur once every ten or twenty years’.